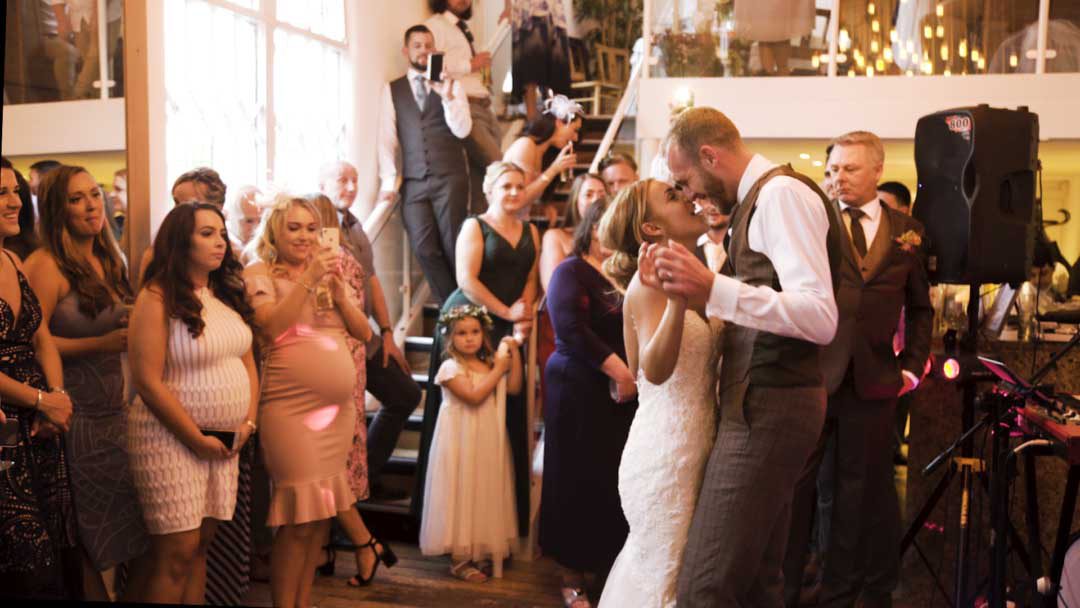 Wedding videos at The Old Parish Rooms in Rayleigh are such a delight to film! A very small and compact venue which is bursting with character! It is a quirky and unique venue situated in Essex. As we can with Cassie & Andrew’s film.

The day started with both bridal and groom preparations in Basildon. After spending an hour with both Cassie & Andrew me and my second shooter Darren made our way to the church to capture some establishing shots. Filming a wedding in a church almost always provides us with nice lighting conditions which is great, this wedding was no exception.

Once the formalities of the ceremony were over and both Cassie & Andrew were declared as husband & wife we captured a fantastic confetti shot. Soon after their guests began to chill out over a drink or two. Cassie & Andrew’s cockapoo called Boycie arrived wearing a cravat which matched the groomsmen, naturally, we had to get some shots of him with Cassie & Andrew! Anyone who knows me well knows I love dogs, especially Cockapoos seeing as I own one myself! I made sure to capture some shots of Boycie looking dapper in his cravat.

Before we knew it, it was time to capture the cake cutting and first dance however before that, I filmed some guest messages from Cassie & Andrew’s closest of friends and family just outside next to the church during golden hour. I had just finished the last message when a sprinkle of rain came down, though that didn’t bother me as the equipment was safe and dry, it was very refreshing! After the cake cutting, we went straight into the first dance where a local band performed their first dance song. The band were fantastic and really got the party going!

Congratulations once again Cassie & Andrew, it was a pleasure to be your wedding videographer! I can’t wait to shoot more wedding videos at The Old Parish Rooms in the future.